Never on Sunday was a Greek movie, released in the USA in 1960.  It’s title song, (composed by Manoa Hadjidakis),  also called “Never on Sunday” was the first foreign song to win an Oscar.

The movie’s success coincided with the rising popularity of Greek rebetiko music and dances (see Hasapiko Music under MUSIC), so folk dancers in the USA wanted a dance they could do to Never on Sunday.  A certain Bob Wischnick (or Wiechnick) of Wheeling, West Virginia, who already knew the pseudo-Greek dance Misirlou, (see Misirlou under 2nd Generation Dances) added a couple of hasapiko-like steps and set the new concoction to an instrumental version of Never on Sunday. 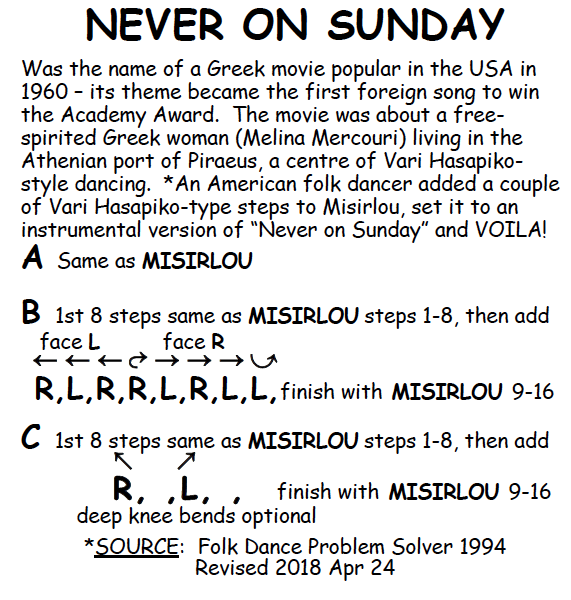 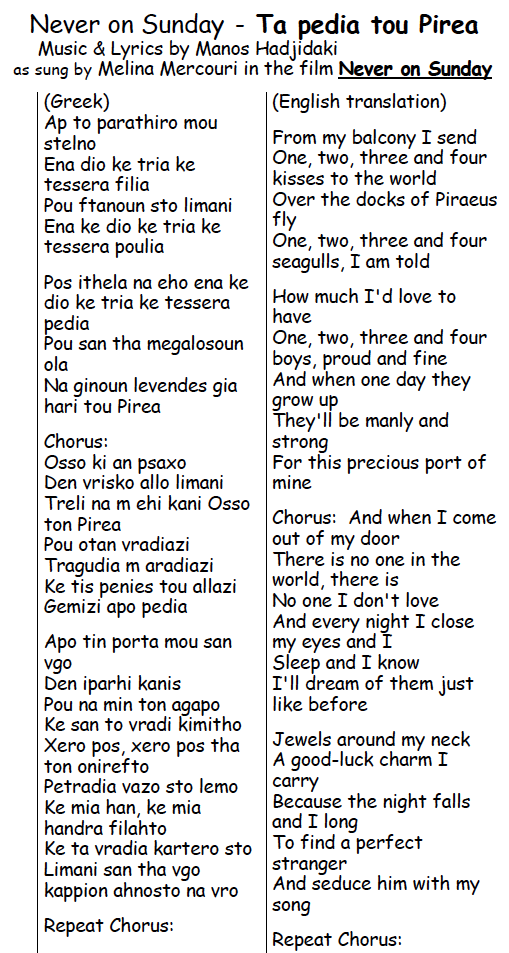