*a Living dance is a 1st Generation dance that is still performed in the country of origin (or immigrant communities) as part of a social event like a wedding where others can participate (not for an audience) by people who learned the dance informally (from friends and relatives by observation and imitation, not in a classroom situation). For more information, click here and here.

A fairly simple chain râčenica from the Thrace region called, appropriately Trakijska Râčenica, or “râčenica from Thrace”.  Sometimes the words “na Horo” are added to indicate it’s a line dance.  This example has a fairly long introduction.  the dancing starts at the one minute mark.
https://www.youtube.com/watch?v=6mTK3cDkC_g
The dance pattern repeats every 8 measures, or every 8 QQS’s.  I’ve found many dances online called Trakijska Râčenica that have similar footwork but employ 9, 10, 12, or 16 measure phrases.
Here’s a 12-bar, “stretched” version of our 8-bar Trakijska Râčenitsa

MUSIC
I’ve chosen the music for this particular râčenica for several reasons.
1.  It’s very Bulgarian
2.  It’s got a fun song Stojne, Stojne.  I’ve attached the lyrics below.
https://www.youtube.com/watch?v=RMUW9cGf0ik
3.  It’s a good example of music from Thrace
4.  The râčenica rhythm of Q,Q,S, is easy to hear
5.  It features the instruments used in a typical ensemble from Thrace, played in a style that’s typical of Bulgarian music in general.

Below is the shorthand notation:

Finally, I’ve attached a few more râčenica’s of various types, just to give you a sense of the dance’s various incarnations.
An example of solo râčenica: 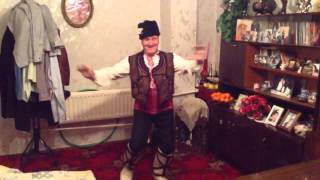 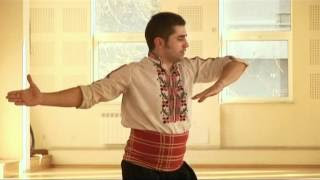 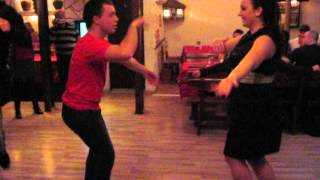 Baila Conmigo Varna racenica.avi
Another kind of râčenica – this one involving a wedding cake: 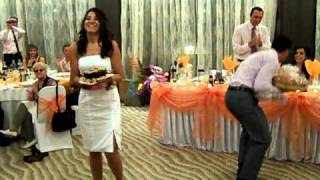 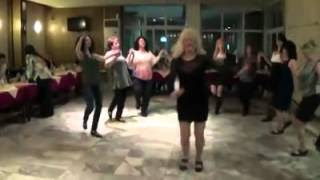 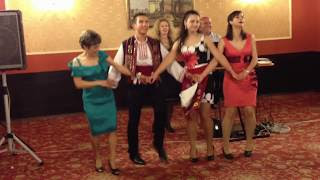 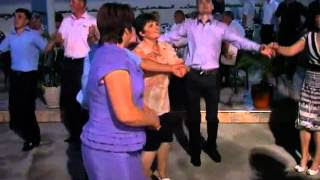 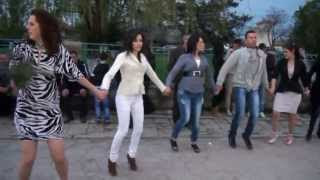