Notes on Devetorka from a presentation at Stockton, 2005. 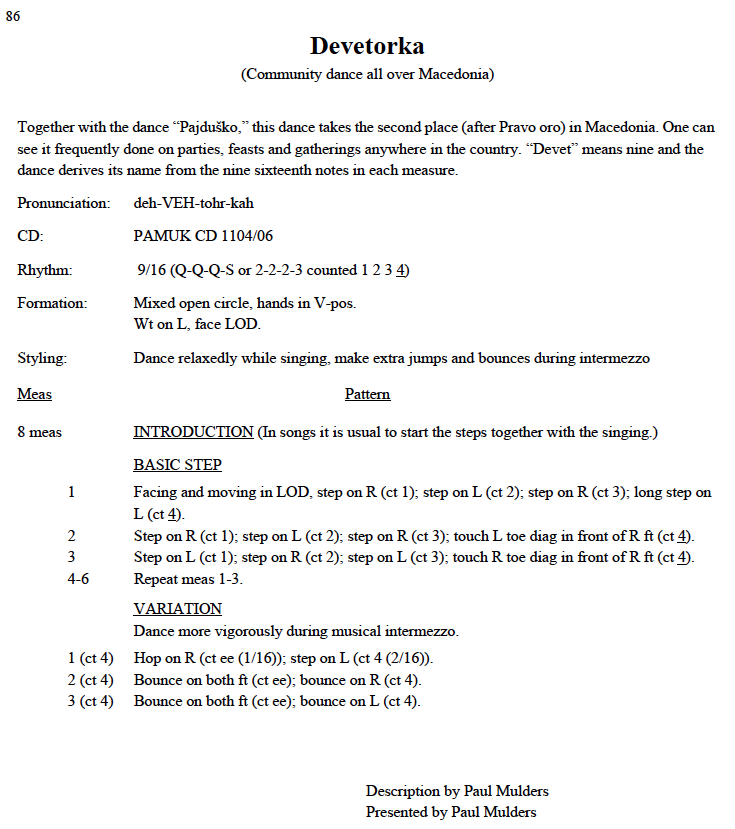 As taught by Ron Wixman

I can find no YouTubes of a footwork pattern called Devetorka being danced in Macedonia.   Macedonians do have a dance that seems to be considered a children’s dance that they call Šareni Čorapi.  It has the same pattern as Devetorka.  See  https://wordpress.com/page/folkdancefootnotes.org/1588  There are several YouTubes of a virtuosic accordion piece called Makedonsko Oro,  “Macedonian Dance”, in 9 uneven beats, but YouTubes of Macedonians dancing to something called Makedonsko Oro yield several different dances in several rhythms.

Ron Houston, in his 1989 Folk Dance Problem Solver article on Tri Godini, states “Dance scholars call this pattern devetorka (ninesome) because it requires 9 beats of music,
divided into 4 groups of 2 + 2 + 2 + 3.”  So Devetorka is a scholarly term used by those outside Macedonia for a footwork pattern that has no commonly-agreed-upon name in Macedonia.